At BBC Media Action, we’ve developed ways to reflect gender equality and challenge gender stereotypes in our content. Our programmes aim to meet the needs of both men and women and improve gender equality.

Using research from the outset, whatever the issue, we try to understand how men and women are affected and how both can contribute to any change. Here are just a few examples of how we do this, taken from our programmes aired around the world.

Encouraging women to be active members of live audiences

For example, Sierra Leone’s debate programme, Tok Bot Salone (Talk about Sierra Leone), allocated the front two rows to women. This not only guaranteed there were women in the audience, it also helped them feel engaged and ask questions. They would even spur each other on to speak up. 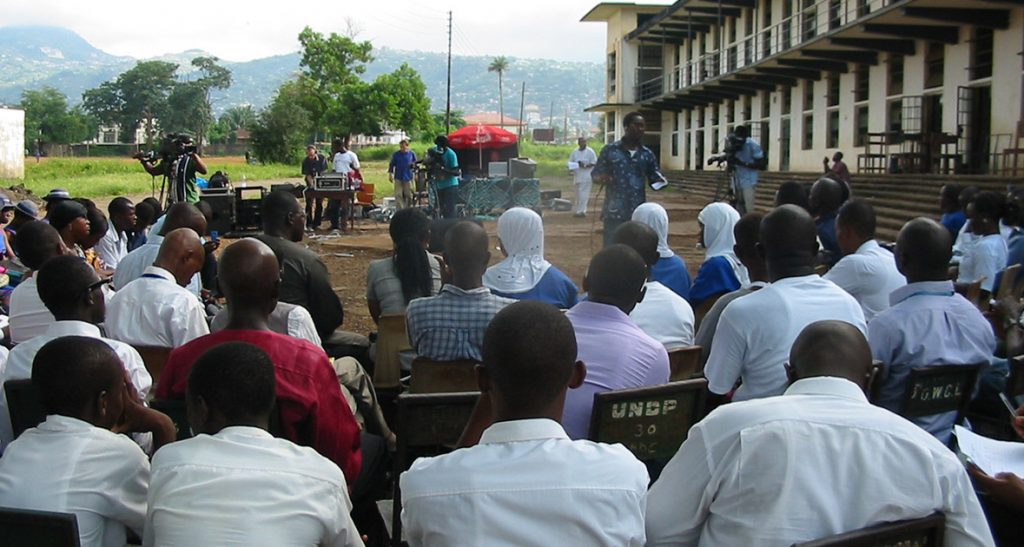 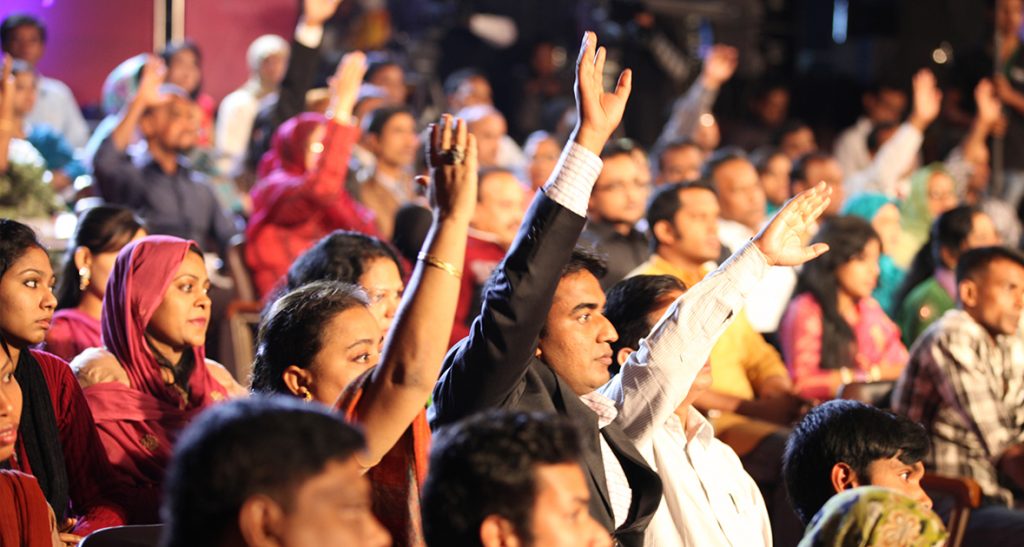 In Afghanistan, the percentage of women in the studio audience of Open Jirga (jirga means ‘assembly’ in Afghan languages) went from 28% to 57% within five years. The programme accomplished this by being responsive to their female audience’s concerns and customs.

For example, the team managed to sidestep the constraint of women not being able to go around alone by arranging for them to travel together. They also used women to recruit women and allowed them to remain anonymous by covering their faces and changing their names if they wished. All of these measures collectively fuelled a massive boost in the number of female audience members. 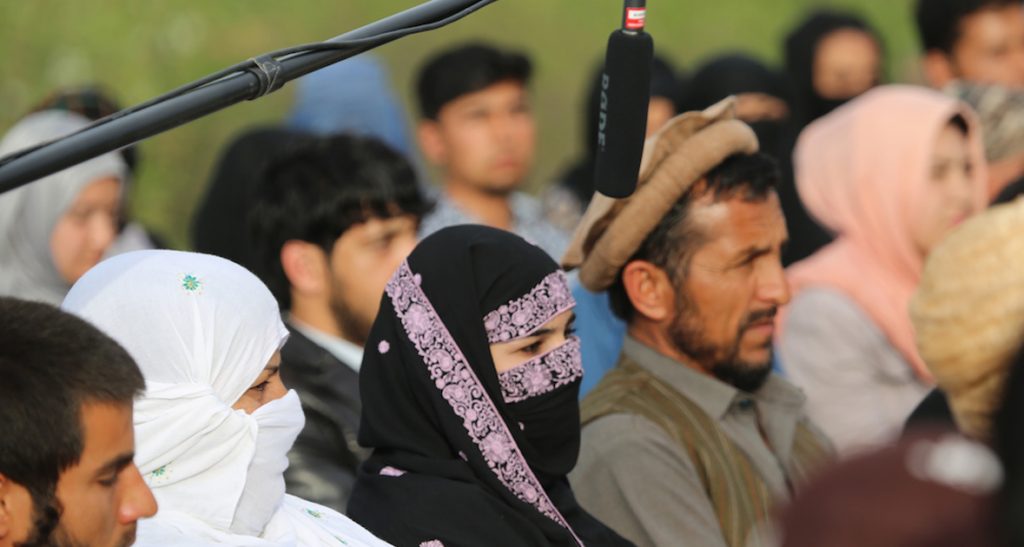 In societies where men hold the vast majority of high-level positions, finding women panelists to participate can be challenging. Local authorities often don’t put female spokespeople forward. Female leaders themselves doubt their own abilities and are nervous under the media spotlight. Yet, as with recruiting audiences, our teams overcome these barriers in a variety of ways. 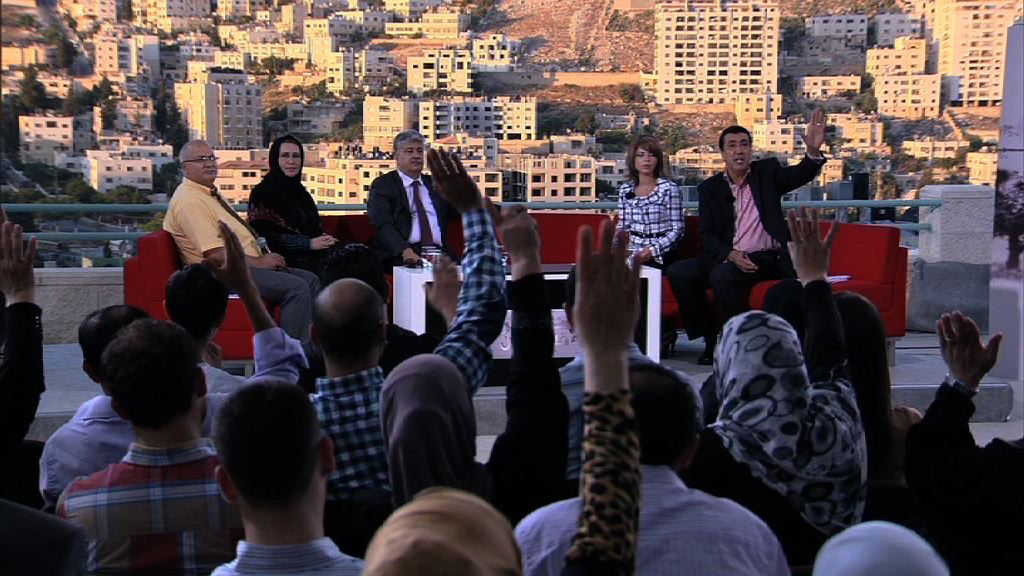 Open Jirga cast a wide net in their search for female panellists, even bringing in Afghan women who lived abroad. They also reached out to women’s organisations in the provinces to find articulate women and asked for recommendations of local female leaders. These tactics saw the percentage of women on their panels increase from 20% to 45%. 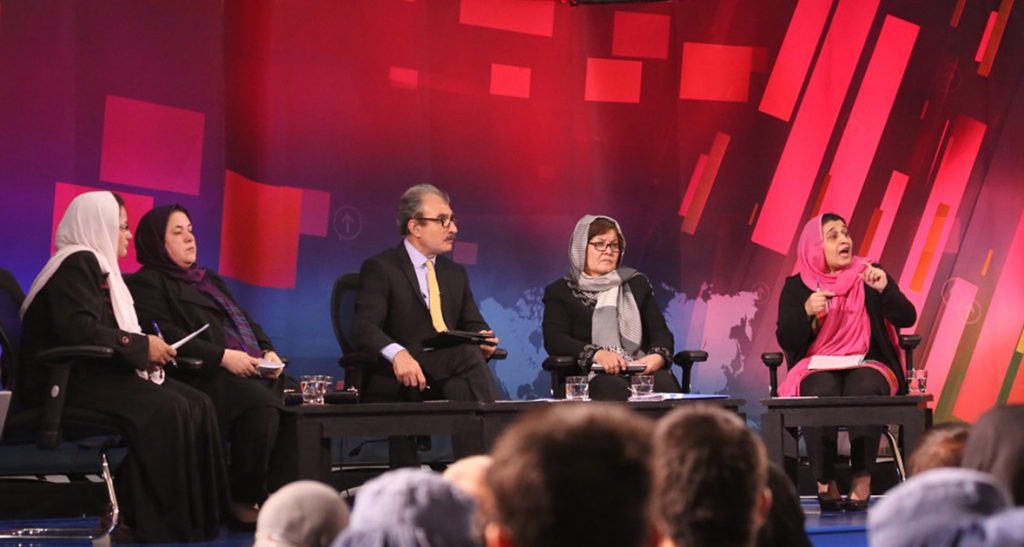 Making the women and girls in our dramas inspiring

Since women are often side-lined in the media, giving them visibility can be an immensely significant way of creating powerful role models. Drama has proven an excellent vehicle for doing this, reflecting back society as it could be, which influences attitudes and encourages audiences to question norms.

For example, our Indian drama AdhaFULL (Half Full) is a national 78-episode ‘whodunit’ television series, revolving around three young people: Kitty, Tara and Adrak. A free-spirit full of ‘josh’ (unbridled energy in Hindi), Kitty helps show that girls and boys are equal by breaking every boundary that ties her down, as nothing is ‘impossible’ for her. Kitty’s character helps further AdhaFULL’s aims of breaking the silence around sensitive issues affecting young people and challenging traditions that perpetuate gender stereotypes. 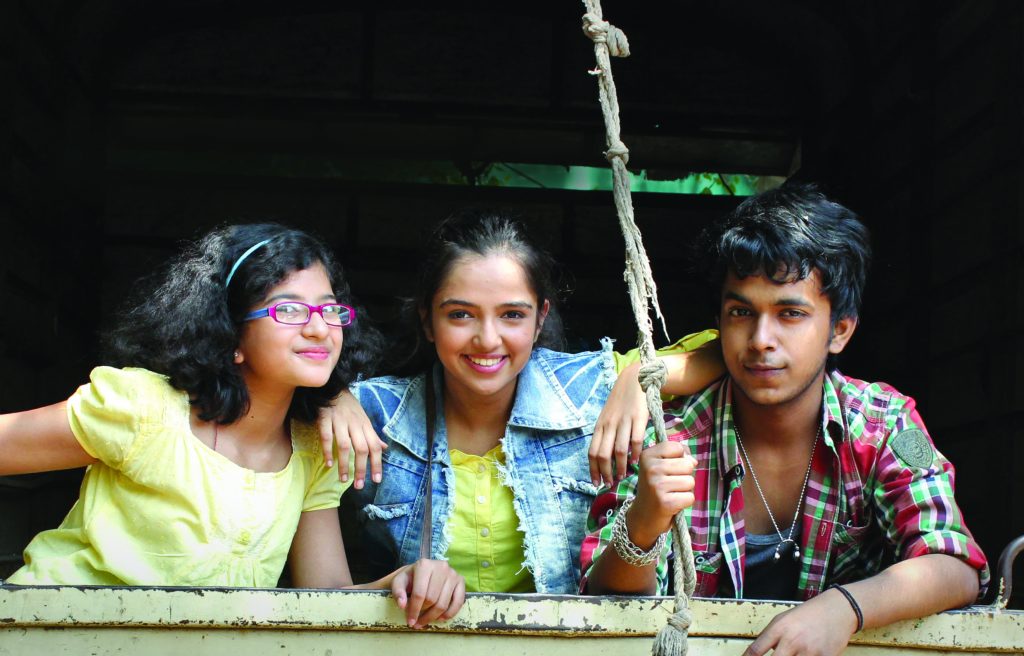 In Bangladesh, Anika is the hero of TV drama Ujan Ganger Naiya (Sailing Against the Tide). She’s a clever and confident young woman who is married at the age of 16. Despite her early marriage, she decides to train as a health worker. With each subsequent series, staff felt that the drama moved from being gender sensitive towards being gender transformative.

Married as a child against her wishes in Series 1, Anika completes her education in Series 2, which depicts her working as a health worker and displaying more independence from her husband and his family. In Series 3, even more female characters become empowered and challenge men’s views and discrimination against women. 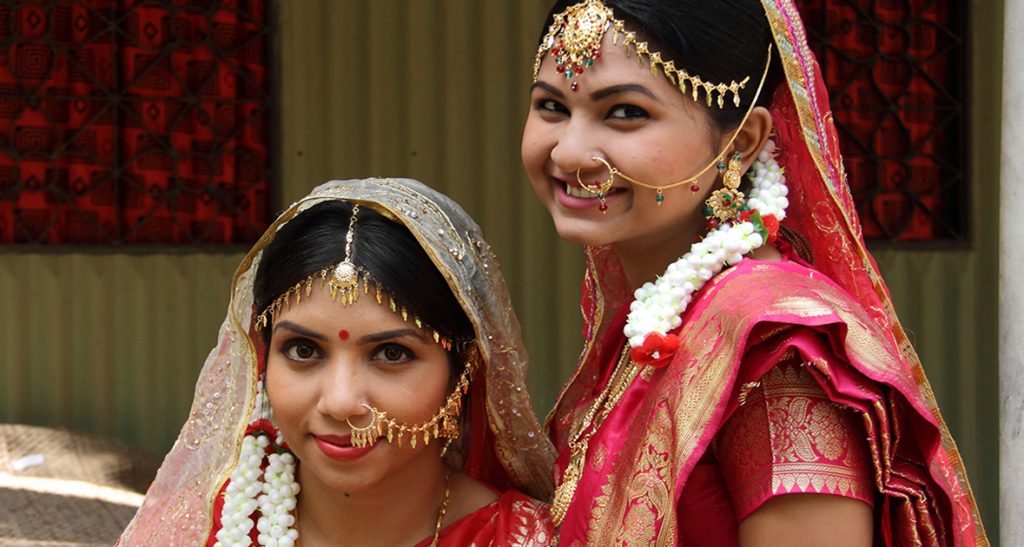 In South Sudan, Life in Lulu is a popular weekly radio drama broadcast across the country. Lulu is a fictional village, home to a variety of colourful characters. With a number of gender-related storylines, the programme emphasizes the important role women play in the management of disputes.

A central figure in the drama is Mama Sunday, a village elder who everyone looks up to. Developed throughout the series, her roles as a peacemaker, decision-maker and mediator are well-recognised by listeners, who see her as someone who brings people together and resolves conflicts. 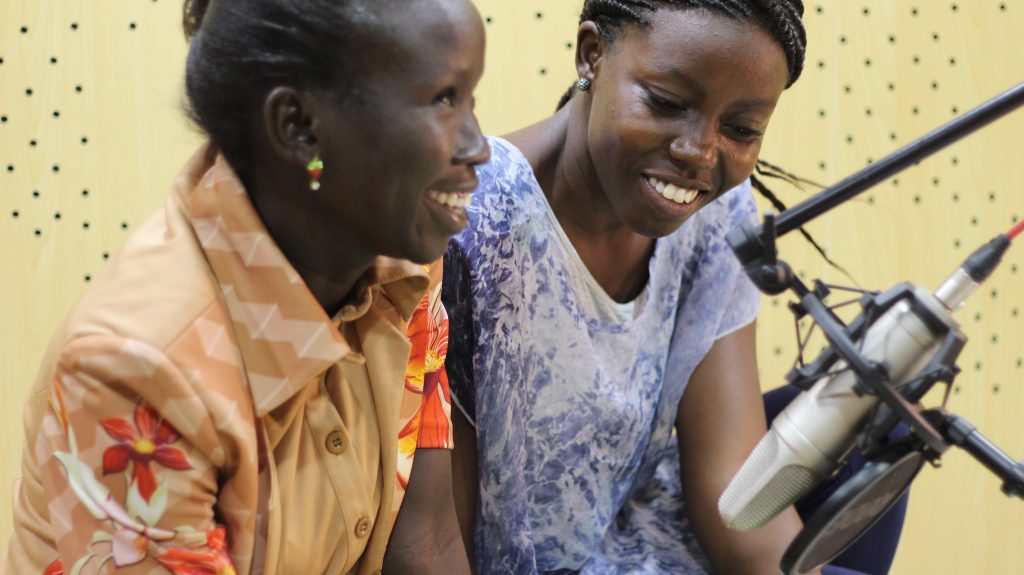 Shaping our social media content to appeal to women

Our content is brought to our audiences wherever they are and, increasingly, that’s on social media. This growing trend means it’s been vital for our teams to engage and involve female audiences, as well as generally account for gender in our digital work.

In Sierra Leone, the team behind Tok Bot Salone found that ‘softer’ social issues appeal to women (and men) who might not consider themselves interested in politics due to discriminatory social norms. Every Friday, they released a video on a soft issue featuring one of the team doing a piece to camera on how they feel about it. This was an entry point to engaging women on their social media site, and then they started to use other films to challenge norms and stereotypes, be that around marriage or who does the housework.

The show’s female presenter has a big online following and uses her profile to initiate discussions, which has driven women to the BBC Media Action Sierra Leone Facebook page, the most popular one in the country and one that has won an Africa Digital Media Award. In addition, we target advertising to reach women and ask female interns for help in understanding how their peers consume media. 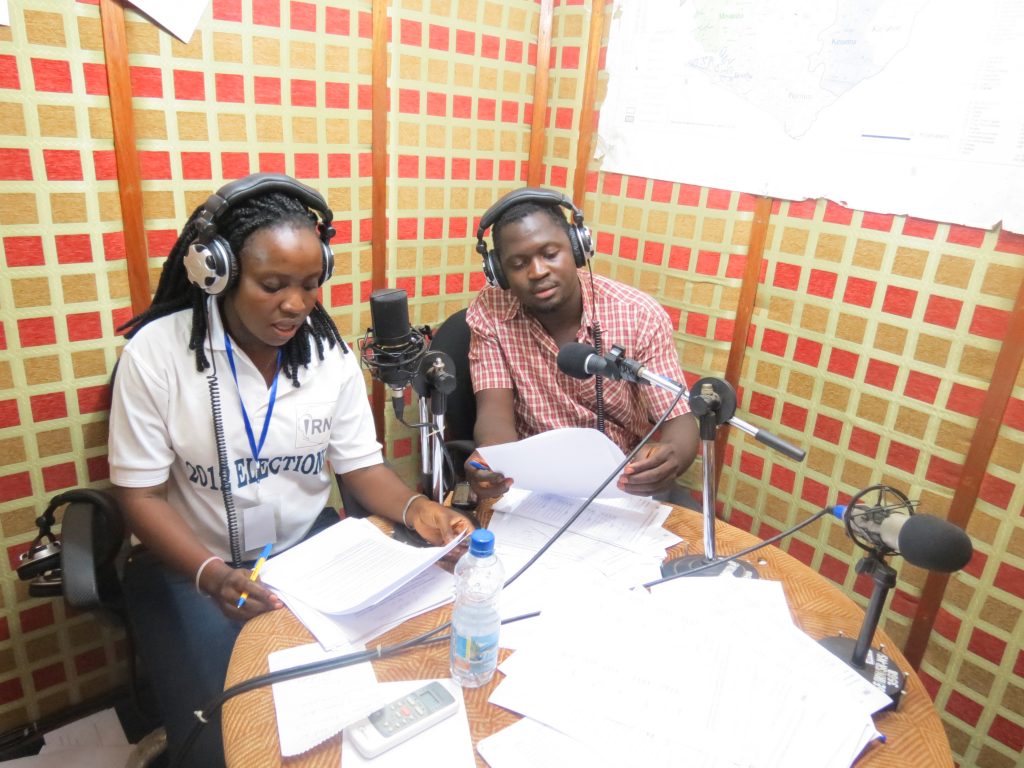 But content doesn’t have to be about Libyan women to engage them. Female audiences on Facebook liked our stories about how politics influenced people’s lives, which featured the perspectives of both men and women. While 36% of Facebook users are women, 40% of people who like the Libya team’s page are women, an achievement that defies the demographic odds.

In Nigeria, female producers are encouraged to post on Facebook to balance the voice and tone of their output. The team run social media campaigns for International Women’s Day and Mothers’ Day; they also link up with women’s organisations on social media to share content with their followers.

Through their social media posts, the team aims to challenge the rigid way men and women’s roles are sometimes seen. For example, on the Facebook page for Ya Take Ne Arewa (What’s Happening up North), the message is that a child’s health isn’t just the mother’s responsibility, it’s the whole community’s – including men. They focus on ‘the love of a parent’, not just a mother, even making a spot about ‘what my dad does for me’ to encourage fathers to be more active in their children’s lives. 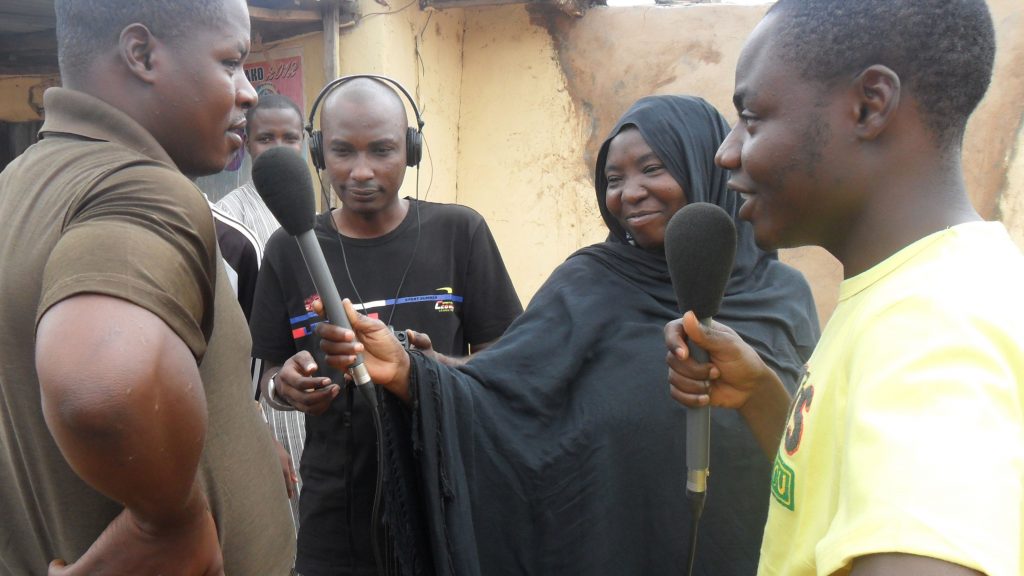 Involving women and girls themselves

It’s important to consider how women and girls are able to take part in content decisions for your programme. You can ask women’s rights organisations to advise on content or work with women and girls from your audiences to be involved in creating content.

Menu
This site was made possible with funding from the UK Department for International Development.
For more information about our work, please visit the main BBC Media Action website.
If you’d still like to get in touch, you can contact us by email.
Copyright © 2017 BBC Media Action.
BBC Media Action is registered in England & Wales under charity number 1076235 and company number 3521587.
Menu

You research how young men and women consume information in the country you’re working in. You look into which media platforms they prefer and what complexity of content they can understand. You would find out what issues matter to both women and men.